Puerto Rico Gov. Alejandro García Padilla unveiled a $9.83 billion operating budget Thursday night during a state of the commonwealth address in which he pledged to reduce crime, create jobs, boost school attendance and expand the U.S. territory’s tourism sector.   The proposed spending package is $783 million more than the current budget, which will be covered by new revenue and $200 million in deficit financing, he said.   García Padilla said that beginning in December, the sales & use tax (IVU by its Spanish initials) will be lowered to 6.5 percent from the current 7 percent level, without impacting billions of dollars in outstanding bonds backed by the tax.   The proposal was being undertaken in tandem with measures to widen the base of the IVU, eliminating some exemptions, which would end up raising additional revenue. The plan would continue to exempt items including prescription medicine, books and non-processed foods.

In 2012, the commonwealth’s economy expanded for the first time since 2005, but Puerto Rico’s tepid economic recovery now shows substantial signs of sputtering – a turn that worries owners of $53 bln of Puerto Rico municipal debt.   As Puerto Rico’s underlying economic fundamentals erode, bond investors want to get paid more for the risk of owning Puerto Rico bonds. Dan Berger again on the particulars:   Puerto Rico GO bonds have been among the only credit experiencing an increase in its spreads to MMD’s AAA curve and it possesses the biggest spread among the issuers actively followed by MMD. Last night the 10yr spread closed at +320bps .The 12-month average is +260bps and the all-time high of +340bps was reached in February 2009.

Translation: While the entire U.S. fixed income market experiences lower (tighter) yields, prices of Puerto Rico bonds are falling and the yields are rising. A 10-year Puerto Rico bond currently has a yield of 4.89 percent, versus a 10-year AAA municipal bond at 1.69 percent. The market is reflecting that Puerto Rico is a very high risk for investors. But it wants to get paid.

We get a clear picture of market concerns over Puerto Rico from the bond offering that the Commonwealth is now shopping in the market – $330 million of Puerto Rico Sales Tax Financing Corporate Sales Tax Revenue Junior Lien Bond Anticipation Notes- Series A-144A. It’s difficult to understand the purpose of the bonds from their name and there is no documentation filed at the MSRB, but we do know they are paying an extraordinarily high interest rate. The notes have a coupon of 1.95 percent and are outstanding for 17 months. In contrast, 2-year BBB paper (the same rating level as Puerto Rico) is trading at 1.31 percent, according to MMD. So Puerto Rico is paying about 50 percent to borrow in the bond market. The Puerto Rico notes are 144A, which is a private placement to institutional investors. This reduces liquidity, but the interest rate is really high.

Puerto Rico has had a consistent disclosure problem in muniland. Market professionals are eagerly awaiting the 2012 Comprehensive Annual Financial Report, which would provide official data through June 30, 2012 (almost one year ago). However, the Puerto Rico government issues budget figures and reports only in Spanish (see the graphics for the budget presented by the Governor). When an issuer has so much low-rated debt outstanding, they need to provide better disclosure. 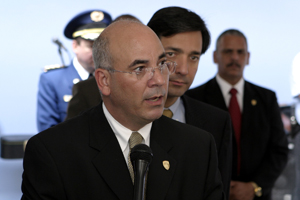