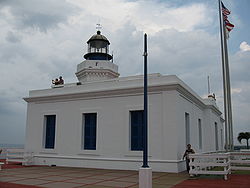 A hexagonal cylindrical stone tower attached to 1-story stone office and keeper’s house; 190 mm lens. Tower painted white. The original lantern, removed many years ago, has been replaced by a restored lantern with an unpainted copper roof.  This is the last lighthouse built by the Spanish in Puerto Rico; American forces placed it in service several months after conquering the island. The city replaced the lantern and restored the lighthouse in 2001-02 and has opened the building as a historical museum. Located northeast of Arecibo, on the east side of the harbor entrance. 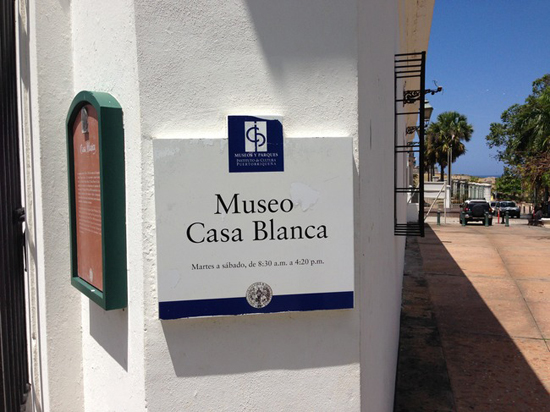