SAN JUAN, Puerto Rico — Both the Dominican Republic and Puerto Rico had already earned a place in the World Baseball Classic’s second round, so their meeting on Sunday night to close out Pool C play would undoubtedly have the feel of an exhibition, a Spring Training game in homage to what the players had been taken away from to represent their homes on the baseball field.

Someone forgot to tell the players and the baseball-rabid fans who crammed into Hiram Bithorn Stadium that this game was “meaningless.” With bragging rights, as well as perhaps a more desirable opener in Round 2 against Team Italy, on the line, San Juan rocked as the Dominican Republic beat host Puerto Rico, 4-2.

Robinson Cano went 3-for-5, with a big home run, to finish Pool C play 9-for-15 with five RBIs. He was the clear and obvious choice for MVP honors.

“You know that there’s always been that rivalry between Puerto Rico and Dominican Republic,” Cano said. “You can see the difference how the stadium was today, and when they saw that home run, the stadium almost fell apart.”

And Cano played for the “visiting” team, going 3-0 in Pool C play to lock up the first seed. That means it will play Tuesday afternoon against Italy (1 p.m. ET, MLB Network and ESPN Deportes) in Miami. Puerto Rico (2-1), losing for the first time in nine first-round games at home, will take on the United States on Tuesday night (8 p.m.).

“There is no weak opponent,” Dominican manager Tony Pena said. “Italy, for whatever reason, went down to the second round. It’s not a bad team. For some reason, they got there, but we have the same mentality. We’re going to study them and see what they have, and then from then on we’re going to know what we’re going to do.”

“As a player, the approach is going to be the same,” Cano said. “Go there, do my job, not trying to do too much but doing the little things. When you start little, you get big, and as Tony says, there is no easy opponent.”

The Dominican Republic didn’t waste much time in trying to claim supremacy in this rivalry when Edwin Encarnacion followed up one-out base hits from Erick Aybar and Cano with a single of his own that brought home Aybar for a 1-0 lead in the top of the first inning.

Puerto Rico starter, and three-time World Baseball Classic veteran, Orlando Roman settled down after that, pitching into fourth inning, only allowing that lone run. That allowed Puerto Rico to jump ahead in the fourth. Alex Rios led off the inning against Dominican starter Wandy Rodriguez, who exited because of pitch count one batter later. Lorenzo Barcelo came in and immediately served up a two-run homer to Mike Aviles, giving the host team a 2-1 lead and sending Hiram Bithorn into a frenzy.

There was more partying in the fifth inning, but this time it was the Dominican faithful’s turn to celebrate. Jose De La Torre, who had relieved Roman in the fourth by striking out Aybar, gave up a leadoff homer to Cano, knotting the score at two and clinching MVP honors.

“It feels wonderful, but it feels great to win and go on to the second round because we weren’t able to do it last time, and as I said, it’s a bitter taste to have to go back early,” Cano said. “But this time, it’s been different.”

The Dominicans took the lead in the sixth when Carlos Santana led off with a single off Twins 2012 draftee Jose Berrios. Ricardo Nanita sacrificed him to second and Alejandro De Aza drilled a double off of the center-field wall to bring Santana home and give the Dominican Republic a 3-2 lead.

Team Dominicana tacked on an insurance run off Berrios in the seventh. The young right-hander hit Encarnacion after striking out Cano. Miguel Tejada’s ground-rule double sent Encarnacion to third and the Dominican first baseman scored on Nelson Cruz’s groundout to shortstop.

After Barcelo allowed the homer to Aviles, the Dominican bullpen was outstanding, putting up three zeros. Octavio Dotel was outstanding, coming into the game in the sixth and inducing Aviles into an inning-ending double play before tossing a scoreless seventh.

Puerto Rico came alive when Angel Pagan led off the eighth with a triple off Santiago Casilla. But Casilla struck out Irving Falu and Rios before Carlos Beltran’s long drive to center was run down by Eury Perez to leave Pagan stranded.

While Puerto Rico fell short on Sunday, the team, too, heads to Miami for Round 2. Manager Edwin Rodriguez feels that after facing the lineups of Venezuela and the Dominican Republic, facing the United States won’t be too shocking.

“When you finish playing a round like we played, I believe that we’ve passed one of the toughest tests,” Rodriguez said. “From now on, we are not surprised about any lineup that may come up. I believe that Venezuela’s lineup and the Dominican Republic’s, we faced the most powerful in the whole Classic, and we’ve gone through that and we’ve done quite well.

“So the lineup of Team USA, it’s strong, but I believe the kids passed the test.”

Jonathan Mayo is a reporter for MLB.com and writes a blog, B3. Follow @JonathanMayoB3 on Twitter. This story was not subject to the approval of Major League Baseball or its clubs.

Puerto Rico vs. China in the World Basketball Festival 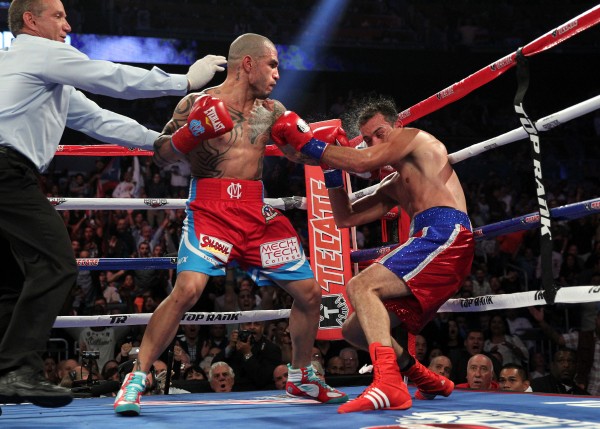