Behind the two-hit pitching of journeyman right-hander Nelson Figueroa, Puerto Rico defeated Team USA, 4-3, on Friday night at Marlins Park, knocking the Americans — the only team replete with Major Leaguers — out of the World Baseball Classic.

The championship round in San Francisco is now complete. Puerto Rico will play the Dominican Republic on Saturday at 1 p.m. ET at Marlins Park to determine matchups for the semifinals at AT&T Park. The winner will play the Kingdom of the Netherlands on Monday, and the loser faces Japan on Sunday.

The final game is slated for Tuesday night at 8 p.m. ET/5 p.m. PT. The semifinals are at 9 p.m. and will be broadcast in the U.S. live on MLB Network and ESPN Deportes.

“If this was to be the last game in my career, that would have been something,” said Figueroa. “But I keep trying for the World Series ring. And thank God, it wasn’t only for Nelson Figueroa, but rather for the Puerto Rican team. And we played very hard and we won.”

P.R. had a 4-0 lead and overcame feverish U.S. rallies in the seventh and eighth to advance to the semis for the first time in the third edition of the tournament. The Japanese won the first two.

The U.S. now has failed to make it out of the second round twice, the first time in 2006. The Americans lost in the semifinals to Japan at Dodger Stadium four years ago.

On Friday night, the U.S. had the bases loaded in the eighth inning with two out and a chance to pull out the game with a base hit. But Eric Hosmer, a late add for injured Mark Teixeira, grounded to second. Team USA manager Joe Torre said afterward that intensity of play from all sides illustrates just how hard it is to survive in this kind of tournament.

“Well, I’ve been on both sides of the short series, and that’s what it is. It doesn’t mean you don’t have a good team,” said Torre, who won the World Series four times with the Yankees, but fell short the eight other times when his club made the playoffs during his 12-year tenure in New York. “The only thing I can say is this has been one of the most memorable experiences of my career.

“I’m a little emotional, but this has been much more than I expected. I knew it was going to be fun, but the commitment from every one of these guys made this a great experience for me.”

Davey Johnson was the manager in 2009 when the U.S. defeated Puerto Rico, 6-5, to move out of the second round on a walk-off single by David Wright. The Mets’ third baseman was scratched from the starting lineup on Thursday just prior to the U.S. losing, 3-1, to the Dominicans with what has been diagnosed as an intercostal strain in his right rib cage.

The U.S. didn’t hit much after Wright went out with the injury. In the last two games, the Americans had only eight hits, all of them singles, before Joe Mauer tripled with one out in the seventh inning against Puerto Rico and scored on Giancarlo Stanton’s single for his only RBI of the tournament. Ryan Braun had his first RBI hit, a double, during the two-run, eighth-inning rally.

Wright led the Classic with 10 RBIs and hit the only homer for the Americans in their six games — a grand slam this past Saturday night in a 6-2 win over Italy. The other 12 U.S. position players totaled 17 RBIs.

“Clearly I think it was a combination of a lot of things, but we didn’t swing the bats very well collectively,” Braun said. “We had plenty of opportunities. There are no excuses. There’s not necessarily any rhyme or reason for it. I think when you’re not swinging the bats well collectively, everybody tries a little bit harder to pick each other up. It’s just human nature. I think it’s a part of what we do and what we experience as baseball players.”

The U.S. was 3-3 in the tournament and 1-2 in the second round, defeating Puerto Rico on Tuesday night, 7-1, for its only win in Pool 2. The Americans’ other wins in the opening round came against Italy and Canada, the latter in an elimination game this past Sunday at Chase Field. The U.S. lost to all three Latin teams it faced: Mexico, the Dominicans and Puerto Rico.

P.R. is 4-2 in the tournament going into Saturday’s seeding game against 5-0 D.R. Its big win came on Wednesday night in a do-or-die game against Italy. Puerto Rico came back from a 3-0 deficit and scored three times in the bottom of the eighth to win, 4-3.

Puerto Rico opened up a big lead in Friday night’s sixth inning, scoring three times after Torre took starter Ryan Vogelsong out at 73 pitches, seven short of the 80-pitch second round limit. By Classic rules, any starter is allowed to finish a batter when he reaches the 80-pitch threshold.

There were two out at the time and a runner on first when Torre went to the bullpen for reliever Vinnie Pestano.

“I had told you the last couple of days that even though there’s a pitch limit, it didn’t mean we were going to get there,” Torre said, explaining why he decided not to let Vogelsong pitch to one more batter. “When you get pitchers going from 70 to 80 or 65 to 80, in that regard, it’s still Spring Training and they’re still getting there, and we weren’t going to push anybody.”

Pestano never recorded an out. Mike Aviles singled and Alex Rios walked to load the bases. Pestano followed that by walking Carlos Rivera to force in a run. Andy Gonzalez doubled to left to knock in two more runs, giving P.R. a 4-0 lead.

At that point, Torre went to Jeremy Affeldt, who induced Irving Falu to ground out, ending the inning.

“He had good stuff; he was just trying to overthrow,” Torre said about Pestano. “[Pitching coach] Greg [Maddux] went out and talked to him. He got a little smoother. I know he walked in a run, but the thing that hurt us was the [double] on the 0-2 slider.”

For his part, Figueroa held the U.S. offense silent. He earned the win, walking only one and striking out two. He kept the hitters off balance with an array of breaking pitches, reaching as high as 87 mph only once, leaving after six innings, having thrown 82 pitches.

“I think the fact of the matter is that we were supreme underdogs against that USA lineup,” Figueroa said. “Myself, I sat up watching MLB Network and hearing all the things that I couldn’t do and could do, so it was motivation to show them what kind of a pitcher I am.”

That he did, and now for Puerto Rico it’s on to San Francisco, while the U.S. players are going back to their individual teams.

“We played to win, but also to represent and to be aware of what a good performance would mean here,” Puerto Rico manager Edwin Rodriguez said. “Of course having the Dominican Republic and Puerto Rico going to San Francisco fills me with pride, not only as a Puerto Rican, but also as a Latin American.” 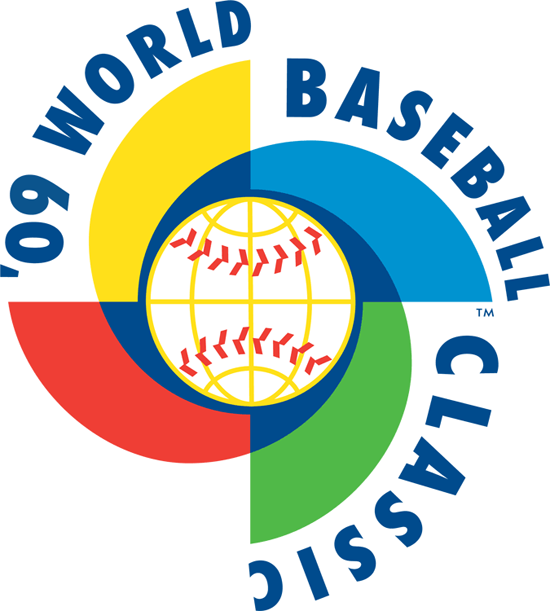