MIAMI — By virtue of the Dominican Republic’s 2-0 victory over Puerto Rico on Saturday at Marlins Park, the pairings for the semifinals of the World Baseball Classic for the next two days are set.

Puerto Rico will play Japan at AT&T Park on Sunday and unbeaten D.R. (6-0) will face the Kingdom of the Netherlands on Monday. Both games are at 9 p.m. ET.

The winners will meet to decide this year’s champion on Tuesday at 8 p.m. ET. All of the games will be broadcast in the U.S. on MLB Network and ESPN Deportes.

For the D.R. on Saturday, Indians catcher Carlos Santana homered to lead off the fifth and Pirates left-hander Wandy Rodriguez pitched six innings of two-hit ball to earn the win. Yankees second baseman Robinson Cano was voted as the Most Valuable Player of Pool 2. He batted .417 (5-for-12) in the three games and homered in a victory over Italy.

“Let me tell you, it’s an individual thing,” said Cano, who overall in the Classic is hitting .519 (14-for-27) with four doubles, two homers, six RBIs, five runs scored and 24 total bases. “But Puerto Rico didn’t care that we had the Most Valuable Player. What I wanted was to go to the second round. Once we were in the second round, we wanted to go to the third round. You have to view it game by game. That was not only important to me, but important to all of our players.”

Puerto Rico had one chance to score in the third inning, but Irving Falu was thrown out at the plate on a fielder’s choice grounder to Dominican shortstop Erick Aybar.

Aybar also made a heads-up play in the eighth on a fielder’s choice grounder, helping quell a Puerto Rico rally by getting Martin Maldonado at third for the inning’s second out. Jesus Feliciano then walked to put men on first and second before Pedro Valdes grounded out to Cano to end the threat.

Aybar was in the middle of the action in bottom of the inning, singling with one out, advancing to third on Cano’s single and later scoring on a two-out single by Francisco Pena.

On Thursday night, Aybar also had the pinch-hit single in the ninth inning that helped the D.R. defeat the U.S.

Fernando Rodney closed out the win in the ninth for his fifth save of the Classic.

“I’ve been preparing for this since last year,” said Rodney, the closer for the Rays who had 48 saves this past season, by far the most of his career. “My plan was to come here and support my country, represent it with my soul and my heart.”

With the two Latin teams in the mix, the bleating of the air horns, congas and festival atmosphere of the games here in Miami will move on to the City by the Bay, which is hosting the Classic championship round for the first time.

The Classic was a big bash this week in south Florida and has been so around the world for the past two weeks. The six games in the bracket here were a huge success, attended by 153,115 fans, 25,846 on Saturday. Overall, including last year’s new qualifying round, the Classic has drawn 788,299 fans. Tickets for the games in San Francisco can still be purchased via worldbaseballclassic.com.

Japan won the first two Classics, defeating Cuba at Petco Park in 2006, 10-6, and Korea at Dodger Stadium, 5-3, four years ago in an epic battle as the Japanese scored twice in the 10th on Ichiro Suzuki’s two-run single when Korea pitched to him with first base open.

Certainly, there are more stories to be woven in the next three days.

Here this week, the Dominicans and Puerto Ricans ousted Team USA and upstart Italy in games that all came down to the wire. The D.R. came from behind on Tuesday to defeat Italy, 5-4, wiping out a 4-0 deficit. On Thursday in front of a bracket-high 34,366, the D.R. snapped a 1-1 tie with two runs in the ninth off U.S. closer Craig Kimbrel and won, 3-1.

The D.R. is the only team to ever head into the semifinals undefeated. The Dutch team that’s up next beat the Dominicans twice in 2009, knocking them out in the first round. Heading in, that’s the only shadow hanging over their collective heads.

“We’ve already talked about the Netherlands, we don’t want to talk about that,” Cano said. “We’re going to face another tough team. If you go all the way through this thing, it’s because you had a great team and you’ve been doing your job. We’re not going to take anything for granted. We’re just going to go out there like we do every day and try to win another game.”

For the Puerto Ricans, after losing to the U.S. on Tuesday, they came from behind with three runs in the eighth inning to defeat Italy, 4-3, on Wednesday night in its first do-or-die game of Pool 2. And then on Friday night, after building a 4-0 lead, P.R. held on to oust the Americans, 4-3.

Next up on Sunday for Puerto Rico is the Japanese.

“We’ve been watching them for years, and they’re the two-time champions of the [Classic] for a reason,” P.R. manager Edwin Rodriguez said. “They know how to play the game. They put a lot of emphasis on the little things, on mastering the obvious, and they don’t make many mistakes, offensively or defensively. So we have to go out there and almost play a perfect game and try to attack the hitters and be aggressive at the plate, take the next base. We have to turn the page and try to play the perfect game against them.” 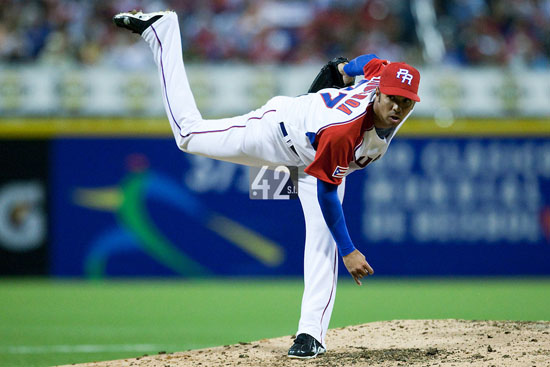 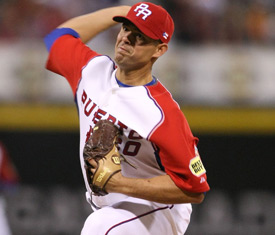