Government officials paid homage to the police Thursday with the unveiling of a monument paying tribute to the men and women who died in the line of duty.

The monument consists of a 20-foot tall granite obelisk commemorating the institution of the police, and two walls which bear the names of almost 400 police officers who gave the ultimate sacrifice. The monument was erected on the Capitol Building’s south side, near the President’s Walk and the Veterans Monument 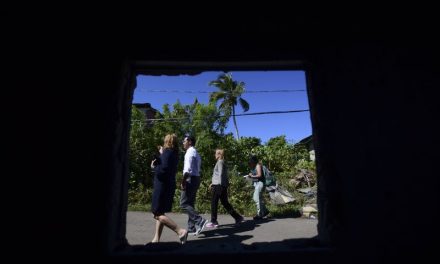