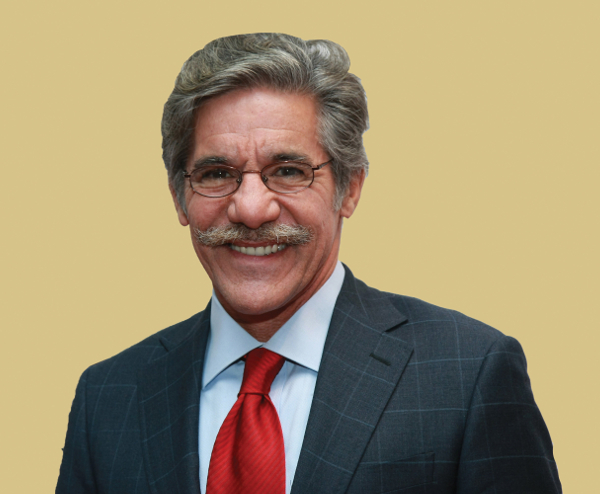 Geraldo Rivera ( born Gerald Michael Riviera;  July 4, 1943) is an American attorney, journalist, author, reporter, and talk show host. Rivera hosts the newsmagazine program Geraldo at Large and appears regularly on Fox News Channel. He is also well known from his history as a reporter and TV personality, and as the host of the talk show Geraldo from 1987 to 1998.

Rivera was born at Beth Israel Medical Center in New York City, New York, the son of Lillian (née Friedman), a waitress, and Cruz “Allen” Rivera (October 1, 1915 – November 1987), a restaurant worker and cab driver.  Rivera’s father was a Catholic Puerto Rican,  and his mother is of Ashkenazi Russian Jewish descent. He was raised “mostly Jewish” and had a Bar Mitzvah.  He grew up in Brooklyn and West Babylon, New York where he attended West Babylon High School. He has four siblings: Wilfredo, Sharon, Irene, and Craig.

After a brief career in law enforcement, wherein he served the New York City Police Department as an investigator, Rivera returned to law and became a lawyer for the National Lawyers Guild.  He became a frequent attorney for the Puerto Rican activist group, the Young Lords,  which attracted the attention of WABC-TV news director Al Primo when Rivera was interviewed about the group’s occupation of an East Harlem church in 1969. Primo offered Rivera a job as a reporter but was unhappy with the first name “Gerald” (he wanted something more identifiably Latino) so they agreed to go with the pronunciation used by the Puerto Rican side of Rivera’s family: Geraldo.

Rivera was hired by WABC-TV in 1970 as a reporter for Eyewitness News. In 1972, he garnered national attention and won a Peabody Award  for his report on the neglect and abuse of mentally retarded patients at Staten Island’s Willowbrook State School, and he began to appear on ABC national programs such as 20/20 and Nightline. After John Lennon watched Rivera’s report on the patients at Willowbrook, he and Rivera formed a benefit concert called “One to One” (released in 1986 as Live in New York City). Rivera reported Lennon’s murder on Nightline on December 8, 1980. Rivera also appeared in The U.S. vs. John Lennon (2007), a movie about Lennon and Yoko Ono’s lives in New York City.  Around this time, Rivera also began hosting ABC’s Good Night America. The show featured the famous refrain from Arlo Guthrie’s hit “City Of New Orleans” (written by Steve Goodman) as the theme. A 1975 episode of the program, featuring Dick Gregory and Robert J. Groden, showed the first national telecast of the historic Zapruder Film.  From 1975 to 1977, Rivera was a correspondent for ABC’s Good Morning America. He gave special reports for the show.  After Elvis Presley died in 1977, various media mistakenly reported that he had died from a heart attack. Rivera then investigated Presley’s prescription drug records and concluded that he had died from multiple drug intake. His conclusion caused Tennessee medical authorities to later revoke the medical license of Dr. George C. Nichopoulos for overprescribing.

In October 1985, ABC’s Roone Arledge refused to air a report done by Sylvia Chase, for 20/20 on the relationship between Marilyn Monroe and John and Robert Kennedy. Rivera publicly criticized Arledge’s journalistic integrity, claiming that Arledge’s friendship with the Kennedy family (for example, Pierre Salinger, a former Kennedy aide, worked for ABC News at the time) had caused him to spike the story; as a result, Rivera was fired. Sylvia Chase quit 20/20, although she returned to ABC News many years later. The report has never aired.

In April 1986, Rivera hosted the syndicated special The Mystery of Al Capone’s Vault, an ill-fated adventure wherein Rivera excavated what he had been told was the site of Al Capone’s buried treasure trove. Rivera broadcast live as the site was excavated, fully expecting to find a store of the former gangster’s wealth. The show was heavily advertised, particularly on Chicago’s WGN television station. A medical examiner was brought along for the excavation in case any dead bodies were excavated. The show was on air for several hours, displacing regularly scheduled programming, as Rivera’s team penetrated the vault he was sure would yield the famed loot. Ultimately, the vault was found to contain a few broken bottles. Rivera held one of these bottles aloft for the camera and excitedly stated that it had once contained “bootleg moonshine gin”.

In 1987, Rivera began producing and hosting the daytime talk show Geraldo, which ran for 11 years. The show featured controversial guests and theatricality, which led to the characterization of his show as “Trash TV” by Newsweek and two United States senators.  For example, one of the early shows was titled “Men in Lace Panties and the Women Who Love Them”; and Rivera’s nose was broken in a well-publicized brawl during a 1988 show, involving white supremacists, antiracist skinheads, black activists, and Jewish activists.  Regular guests on his show included LaToya Jackson, talking about the latest goings on and scandal updates in her family.

In 1988, Rivera hosted the first of a series of prime-time special reports dealing with an alleged epidemic of Satanic ritual abuse. He stated: “Estimates are that there are over 1 million Satanists in this country…. The majority of them are linked in a highly organized, very secretive network. From small towns to large cities, they have attracted police and FBI attention to their Satanic sexual child abuse, child pornography, and grisly Satanic murders. The odds are that this is happening in your town.”  Critics counter that more credible estimates are about 10,000 adult members of religious Satanic churches, temples, and grottos as well as 10,000 solitary practitioners of Satanism; Rivera’s claims of ritualistic abuse, conspiracy, and criminal activity remain unsubstantiated.

In 1994, Rivera began hosting Rivera Live, nightly discussions of the news on CNBC, while continuing to host Geraldo. The show was portrayed in the final episode of Seinfeld, with Rivera as himself reporting on the lengthy trial of Seinfeld’s four main characters. On May 20, 1994, Rivera appeared on The Price Is Right.  Later, he would take his talk show in a different direction, transforming it from “Trash TV” to a more subdued, serious show, and changed its name from Geraldo to The Geraldo Rivera Show (first airdate September 7, 1987). By this time, however, the show had run its course; was canceled in 1998.  In 1997, Rivera contracted with NBC to work as a reporter for six years for $30 million, including hosting Rivera Live on CNBC. During 1998 and 1999, he extensively covered the impeachment of President Bill Clinton. 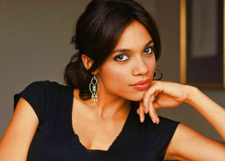 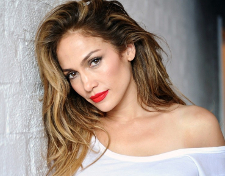