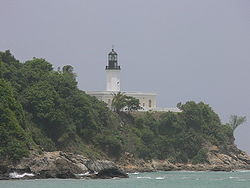 Lighthouse painted white, lantern black; the keeper’s house is painted cream with white trim. The original 3rd order Fresnel lens, somewhat damaged by vandals, remains in the tower but is not in use.   In 2006, George Van Parys founded a support organization called Faro de Punta Tuna or Punta Tuna Lighthouse to work toward ownership and restoration of the lighthouse. In 2009 the lighthouse became available for transfer under NHLPA. Located southeast of Maunabo on a sharp promontory at the southeastern most point of the island.

The Maunabo or Punta Tuna lighthouse entered service on November 18, 1892. It was designed by Joaquín Gisbert and constructed by Adrián Duffaut over the promontory known as Punta Tuna or Punta de la Tuna, at the southeastern tip of the island. The building measures 91 feet long by 41 feet wide and was originally painted white with dark-gray details. Its twin was the first Aguadilla lighthouse, from which it only differed by its color and by the shape of the tower’s cornice. The tower is octagonal, 43-feet tall, and placed at the center of the building.

The lamp fuel storage room was located behind the tower and ventilated to the outside through a small blind. A substantial renovation took place around 1960 which included the redistribution of internal spaces, the construction of a vestibule for the entrance, the addition of a rear door, and the substitution of the brick roof by a concrete one. The third-order lens, which projected its light eighteen miles away, was used until the late 1970s. This lens and that of the San Juan lighthouse are the only original lenses remaining in our lighthouses; unfortunately, two of the three panels of the Maunabo lens were damaged by vandals. The clock mechanism that rotated the lens was substituted in 1939 by an electric motor but remains in the lantern, and the weights that turned it are in the stairway’s central column. Currently the light is produced by a small beacon powered by solar panels. The tower’s iron balustrade, although oxidized, retains its original beauty. The lighthouse is administered by the Maunabo municipality since 2006 and opens to the public. 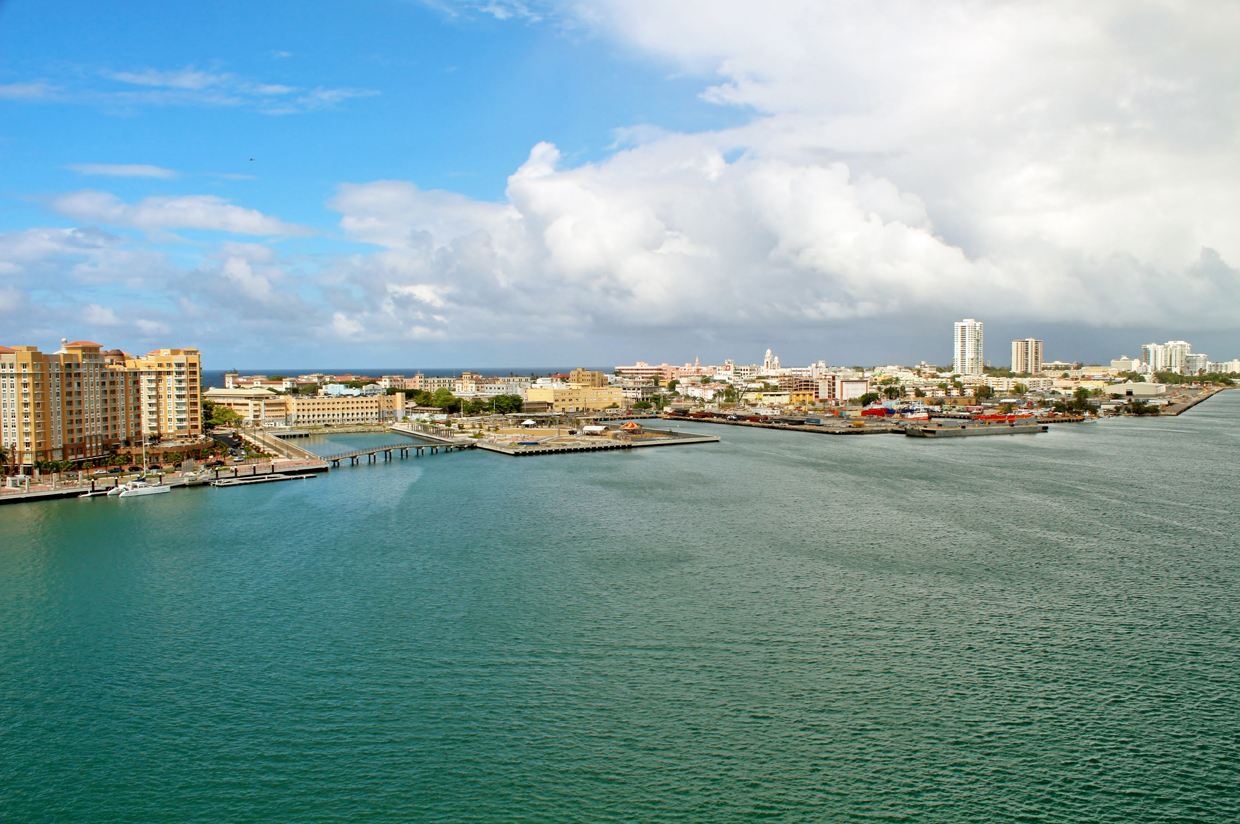