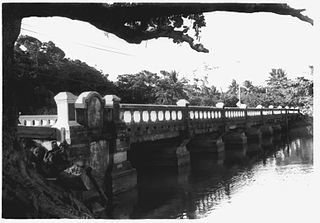 SAN JUAN, Puerto Rico — Puerto Rico’s salty ocean air is corroding dozens of bridges across the U.S. territory, continually weakening the structures and posing a challenge for officials trying to prioritize which ones to repair first.

The island has 31 bridges considered fracture critical and structurally deficient, according to a review of federal data by The Associated Press. The fracture critical designation means those bridges have no redundant protection and could collapse if just one vital component fails.

Javier Ramos, director of Puerto Rico’s Road Authority, said that while officials are planning to fix all 31 bridges, they are still safe and that he would have closed them if they were not.

He said the majority of those bridges need to have their concrete slabs replaced, as corroding metal rods are snapping and weakening their structures.

“We live in a tropical island,” he said. “Regardless of how close or far away we are from the ocean, that salty environment is present in any corner of the island.”

The 31 bridges are part of some 7,795 bridges in the U.S. that are both fracture critical and structurally deficient, a combination that experts say is especially problematic.

The Associated Press analyzed data involving 607,380 bridges in the National Bridge Inventory, which are subject to National Bridge Inspection Standards. On a national basis, there are 65,605 structurally deficient bridges and 20,808 fracture critical bridges, according to the most recently available federal government data.

He said the Federal Highway Administration allocates $150 million a year to Puerto Rico’s Department of Transportation, which has the flexibility to decide what amount will be used to repair bridges.

Ramos said up to $30 million is allocated a year to bridges, with crews repairing an average of five to seven bridges annually.

The 31 bridges in Puerto Rico make up a mix of urban and rural structures, and all are located near or above rivers or creeks in the island’s coastal and central regions.

Ramos said the biggest cluster of bridges in need of repair is in the central mountain town of Utuado, in an area of heavy rainfall.

Overall, Puerto Rico has 2,270 bridges that authorities inspect every two years. As a result of the inspections, officials closed a bridge in the southern town of Guayanilla last year after noting that its concrete slabs were crumbling following heavy rains. Some of Puerto Rico’s oldest bridges, however, are still being used. They include the historic Mavilla stone bridge in the central town of Corozal that was built in 1900.

Ramos said one of the first bridges that officials plan to deal with is in the eastern coastal town of Naguabo.

It’s a steel truss bridge that will be replaced, not repaired, he said. He added that authorities already posted a sign warning the bridge can hold only up to 5 tons of weight.

Ramos said part of the problem is that most of Puerto Rico’s bridges were designed some four decades ago and built to withstand only up to 20 tons of weight. The weight of trucks carrying goods has since increased to some 55 tons, he said.

“We have bridges that have exceeded their lifespan,” he said.

Authorities also are preparing to fix another bridge in Naguabo starting next year, and two bridges in the southern town of Yauco are already scheduled for renovations. Ramos said that on those bridges crews will use geosynthetic reinforcement soil, a material that is affordable, easy to maintain and allows projects to be built quickly.

“Any bridge that is on the list requires immediate or short-term attention,” Ramos said. “It doesn’t mean it presents an imminent danger. If that were the case, we would obviously take the decision to close it.” 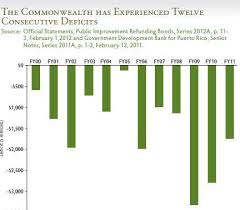 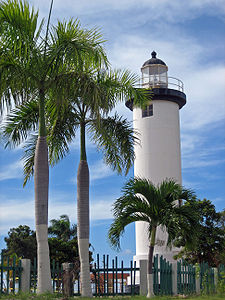 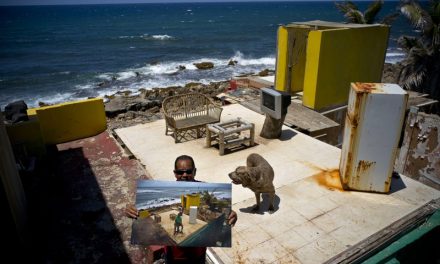