Joseph Michael “Joe” Acaba (born May 17, 1967) is an educator, hydrogeologist, and NASA astronaut. In May 2004 he became the first person of Puerto Rican heritage to be named as a NASA astronaut candidate, when he was selected as a member of NASA Astronaut Training Group 19. He completed his training on February 10, 2006 and was assigned to STS-119, which flew from March 15 to March 28, 2009 to deliver the final set of solar arrays to the International Space Station. Acaba served as a Flight Engineer aboard the International Space Station, having launched on May 15, 2012. He arrived at the space station on May 17 and returned to Earth on September 17, 2012 at 6:53am Moscow Standard Time when touchdown was officially recorded by the Russian Federal Space Agency.

Acaba’s parents, Ralph and Elsie Acabá, from Hatillo, Puerto Rico, moved in the mid-1960s to Inglewood, California where he was born. They later moved to Anaheim, California. Since his childhood, Acaba enjoyed reading, especially science fiction. In school, he excelled in both science and math. As a child, his parents constantly exposed him to educational films, but it was the 8-mm film showing astronaut Neil Armstrong’s Moon landing which really intrigued him about outer space. During his senior year in high school, Acaba became interested in scuba diving and became a certified scuba diver through a job training program at his school. This experience inspired him to further his academic education in the field of geology. In 1985, he graduated with honors from Esperanza High School in Anaheim.

In 1990, Acaba received his Bachelor’s degree in Geology from the University of California, Santa Barbara and in 1992, he earned his Master’s degree in Geology from the University of Arizona. Acaba was a Sergeant in the United States Marine Corps Reserves where he served for six years. He also worked as a hydrogeologist in Los Angeles, California. Acaba spent two years in the United States Peace Corps and trained over 300 teachers in the Dominican Republic in modern teaching methodologies. He then served as Island Manager of the Caribbean Marine Research at Lee Stocking Island in the Exumas, Bahamas. Upon his return to the U.S., Acaba moved to Florida where he became Shoreline Revegetation Coordinator in Vero Beach. He taught one year of science and math in high school and four years at Dunnellon Middle School. He also briefly taught at Melbourne High School in Melbourne, Florida. Upon his return to Earth in Fall 2012, Acaba will begin coursework for a Ph.D. in education from Texas Tech University. 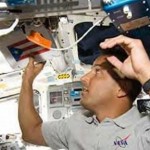 On May 6, 2004, Acaba and ten other people were selected from 99 applicants by NASA as astronaut candidates. NASA’s administrator, Sean O’Keefe, in the presence of John Glenn, announced the members of the “19th group of Astronaut Candidates”, an event which has not been repeated since 1958 when the original group of astronauts was presented to the world. Acaba, who was selected as an Educator Mission Specialist, completed his astronaut training on February 10, 2006 along with the other ten Astronaut Candidates. Upon completion of his training, Acaba was assigned to the Hardware Integration Team in the International Space Station branch, working technical issues with European Space Agency (ESA) hardware. 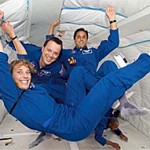 Acaba was assigned to the crew of STS-119 as Mission Specialist Educator, which was launched on March 15, 2009 at 7:43 p.m., after NASA engineers repaired a leaky gas venting system the previous week, to deliver the final set of solar arrays to the International Space Station. Acaba, who carried on his person a Puerto Rican flag, requested that the crew be awakened on March 19 (Day 5) with the Puerto Rico folklore song “Qué Bonita Bandera” (What a Beautiful Flag) referring to the Puerto Rican flag, written in 1971 by Florencio Morales Ramos (Ramito) and sung by Jose Gonzalez and Banda Criolla.

On March 20, he provided support to the first mission spacewalk and on March 21, he performed a spacewalk in which he helped to successfully unfurl the final “wings” of the solar array that will augment power to the ISS, as it prepares to double its capacity to house six astronauts in the future. On March 28 the Space Shuttle Discovery and its crew of seven safely touched down on runway 15 at NASA’s Kennedy Space Center in Florida at 3:14 p.m. EDT. Acaba said he was amazed at the views from the space station.

“It was kind of surreal to look out the window and see your two buddies out there that you’ve been training with for a long time and see them out there…it was a special moment,” said Acaba.

On May 15, 2012, Acaba was one of three crew members launching from Kazakhstan aboard the Soyuz TMA-04M spacecraft to the International Space Station. He and his fellow crew members, Gennady Padalka and Sergei Revin, arrived and docked with the space station two days after launch, on May 17 at 4:36 UTC. Acaba, along with Padalka and Revin, returned to Earth on September 17, 2012.

On March 18, 2008, Acaba was honored by the Senate of Puerto Rico, which sponsored his first trip to the Commonwealth of Puerto Rico since being selected for space flight. During his visit, which was announced by then President of the Puerto Rican Senate, Kenneth McClintock, he met with schoolchildren at the Capitol, as well as at the Bayamón, Puerto Rico Science Park, which includes a planetarium and several surplus NASA rockets among its exhibits. Acaba, returned to Puerto Rico on June 1, 2009. During his visit, he was presented with a proclamation by then Governor Luis Fortuño. He spent seven days on the island and came into contact with over 10,000 persons, most of them schoolchildren. He also received the Ana G. Mendez University System Presidential Medal and a Doctorate Honoris Causa from the Polytechnic University of Puerto Rico, where he inaugurated a flight simulator on February 7, 2013 during his most recent of many visits to Puerto Rico to promote the study of math and science among students, as well as to visit his relatives. Caras Magazine named him one of the most influential and exciting Puerto Ricans of 2012. 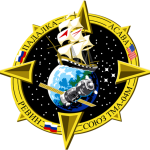 The insignia depicts the Earth, crowned by the Russian exploration ship Nadezhda, captained by Ivan Fedorovich Kruzenshtern on the first Russian round-the-world expedition from 1803 to 1806. “More than two centuries later, the Russian manned spacecraft Soyuz TMA-04M is in orbit around our home planet, on its way towards the International Space Station for continued exploration of space and on-orbit research,” according to the emblem’s official description. The patch is framed by a ring, inspired by a compass rose, indicating the four cardinal directions, and bronze instruments like the sextant and the astrolabe. Describing the emblem’s use of a nautical motif, Padalka said that it was intended to evoke “traveling in deep space with an international crew.” 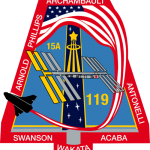 The shape of the STS-119/15A patch comes from the shape of a solar array viewed at an angle. The International Space Station (ISS), which is the destination of the mission, is placed accordingly in the center of the patch just below the gold astronaut symbol. The gold solar array of the ISS highlights the main cargo and task of STS-119/15A — the installation of the S6 truss segment and deployment of S6’s solar arrays, the last to be delivered to the ISS. The surnames of the crew members are denoted on the outer band of the patch. The 17 white stars on the patch represent, in the crew’s words, “the enormous sacrifice the crews of Apollo 1, Challenger, and Columbia have given to our space program.” The U.S. flag flowing into the space shuttle signifies the support the people of the United States have given our space program over the years, along with pride the U.S. astronauts have in representing the United States on this mission. 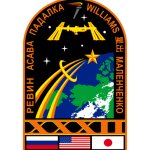 This patch represents the 32nd expedition to the International Space Station (ISS) and the significance of the science being conducted there for current and future generations. The arch shape of the patch symbolizes the “doorway” to future space exploration possibilities. The ISS, an orbiting laboratory above the Earth, provides a unique perspective for Earth observation and monitoring. The flame depicts the pursuit of knowledge and highlights the importance of education as the key to future human space flight. The astronaut symbol circles the Earth, acknowledging the work of all astronauts, past, present, and future. The names of each crew member located on the border of the patch are written to honor the various cultures and languages on the mission. The three flags also depict the home countries of the Expedition 32 crew members and signify the collaborative ISS partnership of 15 countries working as one. 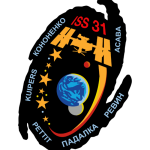 Thin crescents along the horizons of Earth and its moon depict International Space Station (ISS) Expedition 31. The shape of the patch represents a view of our galaxy. The black background symbolizes the research into dark matter, one of the scientific objectives of Expedition 31. At the heart of the patch are Earth, its moon, Mars, and asteroids, the focus of current and future exploration. The ISS is shown in an orbit around Earth, with a collection of stars for the Expedition 30 and 31 crews. The small stars symbolize the visiting vehicles that will dock with the complex during this expedition. 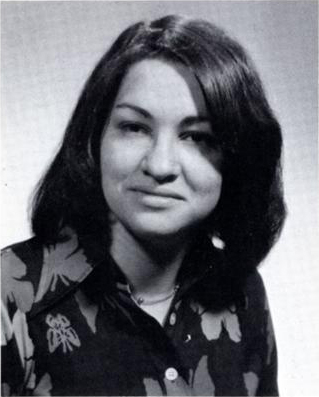 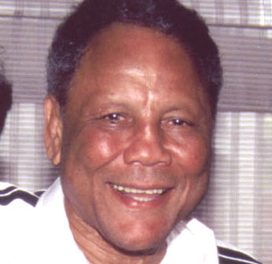