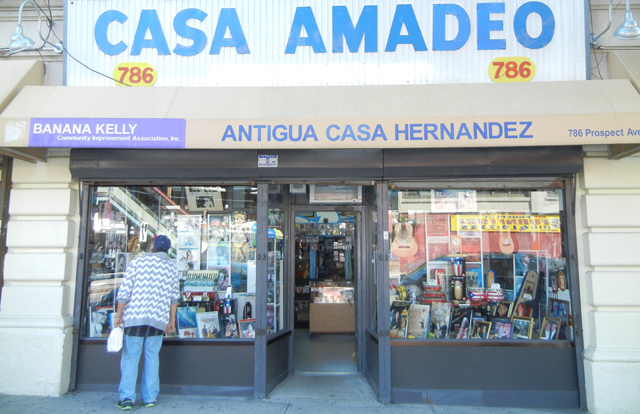 The music store now known as Casa Amadeo opened as Casa Hernández in the Bronx, New York, just prior to the large post-World War II Puerto Rican migration to New York City. When the United States directed all its investment in Puerto Rico’s sugar sector, the divestment in Puerto Rico’s labor-intensive coffee and tobacco sectors left many workers unemployed. Between 1950 and 1960, 500,000 individuals (about 20% of Puerto Rico’s population) migrated off the island. The primary destination was New York due to existing shipping routes, and later, the frequent air travel that operated between San Juan and New York. Earlier, East Harlem had become New York’s largest Puerto Rican community by the 1930s. El Barrio (the neighborhood) as it came to be known, was usually the first stop for migrants arriving from the island. By the late 1940s and early 1950s many Puerto Ricans moved northward to the southern portion of the Bronx, relatively close to el Barrio and made accessible by the many subway lines that traversed it. Soon the South Bronx was to become the largest Puerto Rican community in the city. 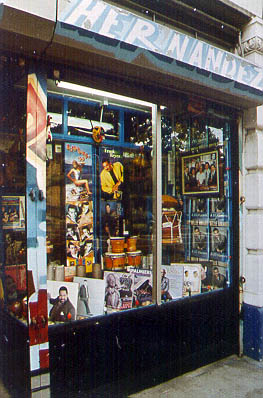 Against this backdrop, the story of Casa Amadeo begins in East Harlem. Victoria and Rafael Hernández migrated to New York City and were to become key players in the burgeoning Latin music scene. Born in Aguadilla to poor Afro-Puerto Rican tobacco workers, Rafael, Victoria and their brother Jesús all became accomplished musicians. Rafael became part of James Reese Europe’s 369th Infantry “Hellfighters” military band (the famous African-American regimental band that toured throughout Europe and is credited with introducing jazz there). In 1919, he, Victoria, and other family members moved to New York City. In 1927, Victoria opened Almacenes Hernández, possibly the first Puerto Rican-owned music store in New York City. Located on 1724 Madison Avenue between 113th and 114th St., the store supported her family and gave Rafael time to write music–he would become one of the most prolific and well-known composers in Latin America. In November 1939 Victoria and Rafael sold Almacenes Hernández to Luis Cuevas, a record producer from Puerto Rico. In 1941, they opened their second music store, Casa Hernández, in the Bronx at 786 Prospect Avenue. The storefront is located in a ground floor commercial space in the Manhanset apartment building, where Victoria resided and where Rafael stayed when he was living in New York City. Victoria gave piano lessons to budding musicians in the neighborhood. Rafael, though he moved to Mexico, spent periods of time residing at the Manhanset with his sister, so the store continued to be a gathering place for musicians.

Music stores were integral elements of the burgeoning Latin music scene in the 1920s, 30s and 40s, continuing through the 1950s “mambo era” and the later development of salsa. Musicians went to the record stores looking for orchestras and conjuntos (musical groups) that were in need of instrumentalists. Music stores such as Casa Amadeo also became gathering places for musicians, knowing they could find work either from record companies looking for session players or from bandleaders looking for instrumentalists. The major record companies, such as Victor and Columbia, depended on store owners to act as “middlemen” in obtaining musicians for recordings and to gauge the community’s musical tastes as to what might sell: and some record stores produced records right on the premises. To help ease the difficulties of being transplanted from Puerto Rico, record stores, along with institutions such as hometown social clubs, were places where new migrants flocked to hear and buy the sounds of home. In today’s world of impersonal mega-music stores, Casa Amadeo retains many of the original features from its humble beginnings and continues in the tradition of providing music for the community, acting as an unofficial “archive” for musicians searching for the best selections of songs for their albums, and providing a gathering place for musicians and fans from around the city. Casa Amadeo is one of the few physically intact spaces that remains representing the heyday of the Bronx Latin music scene. 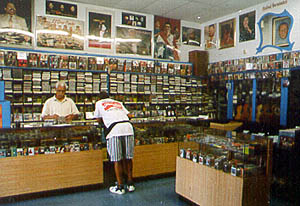 Architecturally, the Manhanset Building in which Casa Amadeo is located is a significant representative example of early 20th century residential and commercial architecture in New York City. Built in 1905, the Manhanset is notable as an example of Neo-Renaissance style architecture. The design of the building reflects a predominant use of Renaissance forms and details including a rusticated stone base at the first and second stories, accentuated main entrance porch with Corinthian columns, three-dimensional stone carving, and prominent sheet metal cornice with paired scroll brackets. The popularity of this style was influenced by the principles of the French Ecole des Beaux-Arts and the architecture of the 1893 World’s Colombian Exposition in Chicago.

Casa Amadeo is significant because it embodies the history of the development of Latin music in New York City and its role in the Puerto Rican migration experience. Victoria Hernández, the store’s founder and sister of one of Latin America’s greatest composers, Rafael Hernández, sold the store in 1969 to musician and composer Mike Amadeo, the son of popular Puerto Rican composer Titi Amadeo. The store is recognized by musicians and music historians as a site significant in the history of Latin music in the City: and as the oldest Latin music store in New York City, Casa Amadeo’s story is a microcosm of the Puerto Rican experience in New York. 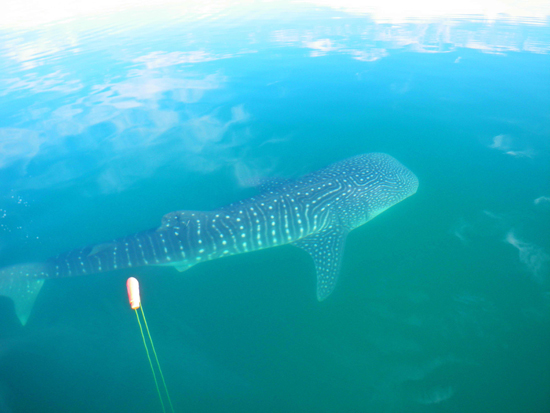 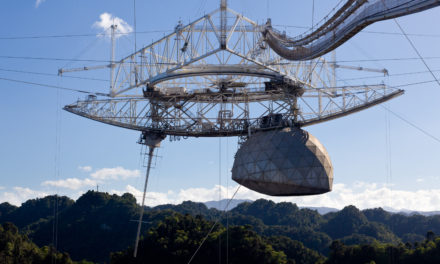