30 Most Surprising Photos of the Month 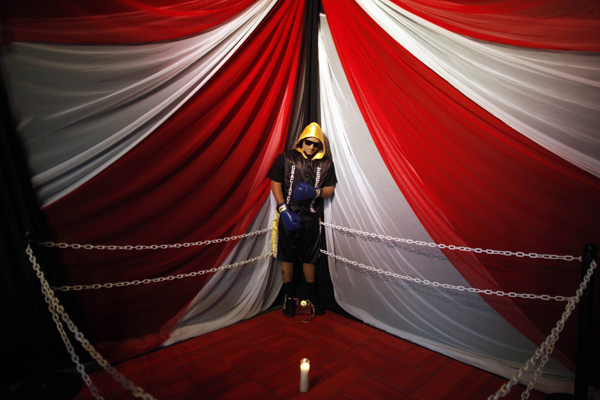 The body of boxer Christopher Rivera, who was shot to death on Sunday, is propped up in a fake boxing ring during his wake at the community recreation center within the public housing project where he lived in San Juan, Puerto Rico, Friday, Jan. 31, 2014.  Elsie Rodriguez, vice president of the Marin funeral home, explained that Rivera had asked his family that if he died, he wanted his funeral to make reference to his boxing career.