ALBANY, N.Y. – Astronomer and engineer Bill Gordon, who designed the photogenic radio telescope in Puerto Rico that spotted the first planets beyond our solar system and lakes on one of Saturn’s moons, has died in New York state. He was 92.

Gordon died Tuesday of natural causes, according to officials at Cornell University in Ithaca, the Ivy League college where he served on the engineering faculty from 1953-66.

He designed the Arecibo Observatory’s radio telescope in the 1950s; it’s a 1,000-foot-wide dish set in a sinkhole surrounded by forested hills.

Within a year of opening, it was used to determine the planet Mercury’s period of rotation. After radio pulsars — rotating neutron stars — were discovered in 1967, the observatory played a prominent role in studying their properties.

The astronomers Joseph Taylor and Russell Hulse discovered the first binary pulsar at Arecibo in 1974, leading to a 1993 Nobel Prize in physics. 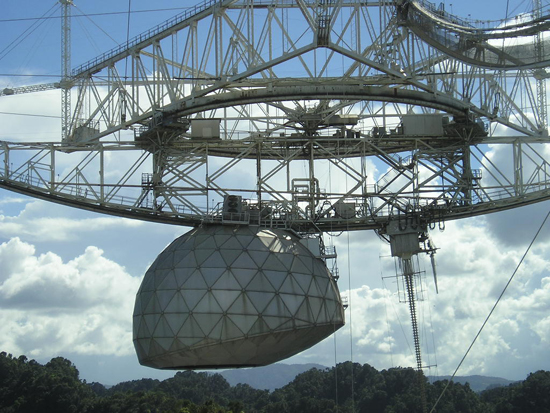 In 1990, Polish astronomer Aleksander Wolszczan used the telescope in the discovery of a pulsar in the constellation Virgo that was shown to be orbited by the first known planets beyond Earth’s solar system. 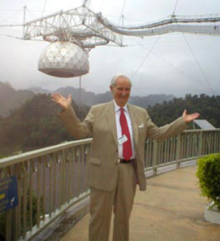 Bill Gordon and a host of friends and former and present Arecibo staff met at the observatory to celebrate the 40th anniversary of its inauguration.

The telescope, owned by the National Science Foundation and operated by Cornell, had a prominent role in the 1997 Jodie Foster film “Contact,” based on a Carl Sagan book about the search for extraterrestrial life — a hunt that still continues at the observatory. In the 1995 James Bond movie “GoldenEye,” the telescope’s platform figured in the climactic fight scene.

“When we were talking about building (the telescope) back in the late ’50s, we were told by eminent authorities it couldn’t be done,” Gordon said at Arecibo’s 40th Anniversary in 2003. “We were in the position of trying to do something that was impossible, and it took a lot of guts and we were young enough that we didn’t know we couldn’t do it.”

These days, the telescope’s work includes searching for asteroids and comets headed for Earth. It also discovered lakes of hydrocarbons on Saturn’s moon Titan.

Gordon was born in Paterson, N.J., and earned a bachelor’s degree from Montclair State Teacher’s College, a master’s degree from New York University and his doctorate at Cornell. He was a professor and administrator at Rice University in Texas from 1966 until his retirement in 1985. 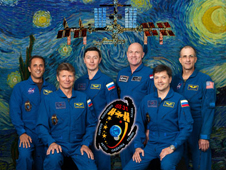